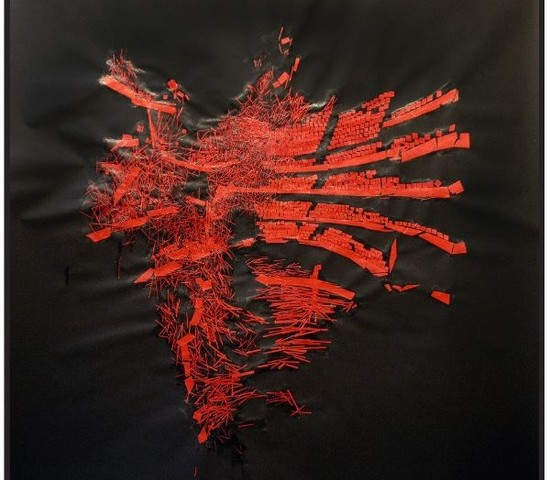 Guillermo Kuitca is one of the most important contemporary artists working in Latin America today. Since 1990 he has exhibited to international acclaim at major art establishments such as MoMa in New York and Tate Modern in London.

The highlight of a series of temporary exhibitions at Minneapolis’s Walker Art Center had to be the Guillermo Kuitca exhibition “Everything – Paintings and Works on Paper, 1980–2008”. Quite simply everything from a career that has so far spanned nearly three decades. A very understated exhibition title from an artist who is no longer content to leave his works untitled because he knows how a title anchors a piece yet also understands the disastrous effect that the wrong title can have.

Born, and still based, in Argentina, Kuitca had his first solo exhibition at the age of only 13 in his home city of Buenos Aires. In 1990 he began to exhibit internationally and since then his works have been collected and exhibited by major art establishments worldwide like The Museum of Modern Art in New York and Tate Modern in London. Guillermo Kuitca is considered one of the most important artists in Latin America today. 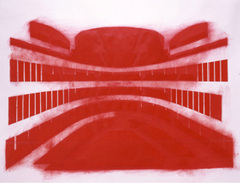 Kuitca’s earliest works were inspired by his experiences in the theatre and particularly the work of the German choreographer Pina Bausch. The titles of his works from this period were taken from popular music and plays and many are suggestive of a stage set seen from the rear of the theatre.

Kuitca later began to explore architecture and topography from the point of view of domestic and communal spaces. Floor plans and geographical maps have had a great influence on his work but the artist deliberately excludes the human figure even though the spaces he depicts, such as public institutions and theatres, would usually be filled with large groups of people. He does this to explore the issue that borders are simply notions invented by certain groups of humans. Maps that are usually used to explore and travel in public spaces, thus become symbols for exploring personal or human landscapes. 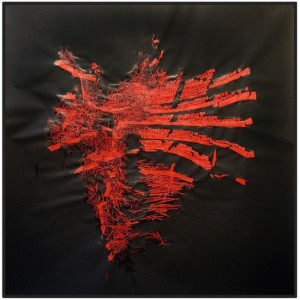 In the 1992 installation “Untitled”, that brought him international acclaim, Kuitca painted 20 mattresses with abstractions of road maps. Irregularly placed buttons represent major cities but their locations relative to one another bear no relationship to reality. The artist is not interested in the specific geographical locations on the maps but their ability to suggest a dream landscape of unconnected places when painted onto the beds. The use of maps and beds in this iconic work combine the notions of public and personal spaces.

Kuitca has always incorporated influences from architecture, maps, theatre, music and literature into his work. He has returned to these familiar motifs time and again throughout his career. Many of his most ambitious works have been inspired by the operas of Wagner and Mozart. The artist has described himself as often feeling like the conductor when creating these pieces, and being very much aware of how the painting was sounding. Some brushstrokes played in unison and others were explicitly discordant.

Since the late 1990s, Kuitca has created both large and small-scale works on paper based on seating plans from famous performance spaces around the world in which he is exploring both the emotional drama of the performance and the space itself.
More recently he has been influenced by renowned painters from the history of abstract art such as Jackson Pollock and Georges Braque. He pays homage to these modern masters by representing iconic forms of abstraction as empty shells, much as he did the theatrical seating plans of his earlier works. By showing familiar images in an unfamiliar way he has sought to balance attraction and formality.